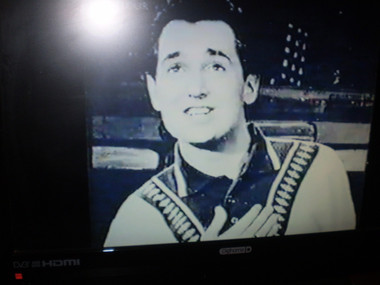 Not a new DVD but in great condition in a plain cover.DVD freezes for about 3 seconds when Carol Bayer Sayer talks about Neil.

Neil started out as a Very talented Classical Pianist in the 1950's.

It was Rock n Roll that got to his soul though and after hearing American Black Do-Wop Groups around 1955-1956 he found himself hired as a pop song composer.He wrote the song "Stupid Cupid" which became a number 1 hit for Rock n Roll singer Connie Francis in 1959.

Neil decided not only to write his songs but had a go at recording them too.

Suddenly he had a Big Hit "The Diary" which was followed by his massive world wide hit "Oh Carol" wrote for his then girl friend composer/singer Carol King.Masses of hits followed "Little Devil" "Calender Girl" "Happy Birthday Sweet Sixteen" " Breaking up is hard to do" " Next door to an Angel"

Then Suddenly the British Beat group hit the world in 1963 and no one wanted Neil the singer although he did write a few hits for other artists.

Thinking his career was all over Neil came to Britain in the 1970's to perform his old 60's hits at working mens clubs.He started to feature a few new songs and it was Elton John who picked up on just how good some of them were.

Songs such as Solitaire,Laughter in the Rain,The Immagrant and many more.

Suddenly in the 1970's Neil became a superstar once more all over the world.