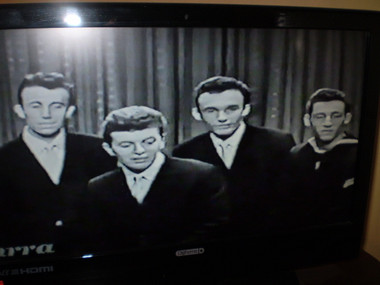 Not a new DVD but in great condition in a plain cover.We are the only seller on the Internet of this rare DVD.To see one of the GREAT SONGS on this DVD please just scroll down this page until you reach product video's and please click onto that.

Dion & The Belmonts and from 1961 Dion solo were one great act and they/he made some amazing music.Check out the superb dancing on "I Wonder Why" that must have influenced Tamla Motown groups such as The Temptations.[and you probably thought you would never see them on film]

Fantastic sounds like "A Teenager in Love" "Runaround Sue" "The Wanderer" "Donna The Prima Donna" " Ruby Baby" and many more.Some songs feature more than once just in diffferent performances.Yet at the end of the 60's see Dion on " Abraham,Martin & John [something had got to him]

Dion & The Belmonts "A Teenager in Love"