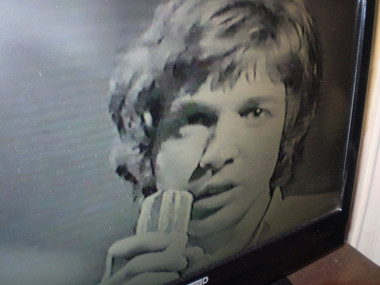 Not a new DVD but in great condition in a plain cover.To see one of the great songs on this DVD please just scroll down the page to Product Video's and please click onto that.We are the only seller of this great DVD on the internet.

31 mega rare performances from this outstanding 1960's band.The Walker Brothers have gone into legend and recordings of them performing on film are almost non existant.However this amazing DVD features many of their greatest hits performances recorded on German and Dutch T.V as well as the very early Walker Brothers on American T.V before they came to Britain and broke big.Also featured are solo performances by Scott and John after the band broke up.

Some songs are featured numerous times but filmed in different locations.Quality will vary from song to song as they came from various sources.

5.He will break your Heart.

6.Tell Me your coming Back.

10.Make it easy on Yourself.

27.By the Time I get to Phoenix [John Walker Solo]

He Will Break Your Heart by the Walker Bros