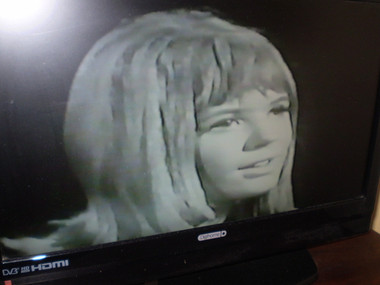 Not a new DVD but in great condition in a plain cover.To see one of the great songs on this DVD please scroll down this page until you reach Product Video's and then just click onto that.

An amazing DVD of 35 1960's Marianne's performances.Some songs are featured numerous times but in different shows.

Quality will vary from performance to performance as these songs were recorded at different times in various countries.To even find a DVD on Mariannes 1960's performances is almost impossible but we have it.

The songs on this DVD are first class.Unlike other British female singers eg Dusty Springfield,Lulu,Sandie Shaw & Cilla Black [who were forced into middle of the road T.V easy listening songs that were not really them] Marianne remained true to herself and only recorded top notch songs.

What ended Mariannes 1960's career were two things,being found nude at a police drugs raid at a Rolling Stones Party and The drug scene with The Stones.