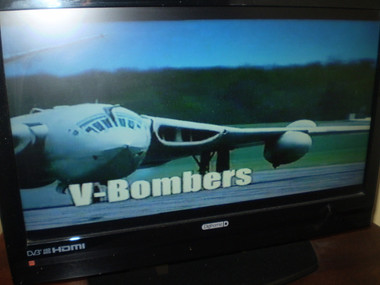 Not a new DVD bit in great condition in a plain cover.

In the 1950's Britain shocked the Soviet Bloc and even the U.S.A by building 3 styles of Bombers to carry Nuclear Weapons that were straight out of Science Fiction.These stunning Aircraft could reach Russia from Britain and could outrun any fighter aircraft of the time.Britain had 140 of them and made her a major nuclear power.This great rare DVD is their story.