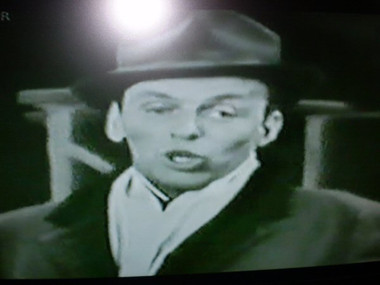 Not a new DVD but in great condition in a plain cover.We are the only seller on the internet of this rare DVD.To see Frank singing the 1950's version of "One For My Baby" which is on this DVD please scroll down this page until you reach product video's and just click onto that.

Truly great story of Frank Sinatra as his amazing talent and career..

This story was made while Frank was still alive.

Starting in the early 1940's with the Harry James orchestra and then through to Sinatra working with Tommy Dorsey.His teen idol years as he bacame a solo singer after seperating himself from the swing bands.

The 1950's and his amazing albums with Nelson Riddle and also his film carreer.