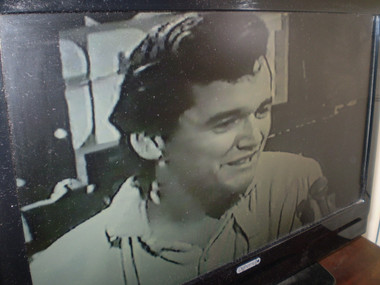 Not a new DVD but in great condition in a plain cover.We are the only seller of this rare DVD on the Internet.To see one of the great songs on this DVD please scroll down the page until you reach product video's and then click onto that.

P J Proby caused a sensation in 1964/1965 when he broke big in Britain.He had previously sang demo discs for Elvis Presley and a lot of Presleys style could be found in his performances.His records "Hold Me" "Somewhere" and "I Apologise" soared up the British charts.That was until his trousers split on stage and revealed more than they were supposed to and promotors and T.V companies were not prepared to take the risk with him.

Proby's 1960's performances are so rare to find on film and although some of the performances here are not all of the highest quality all are one are totally watchable.

19 1960's song and interview performances plus a few 70's/80's/90's performances.Some numbers are featured more than once but in different shows.