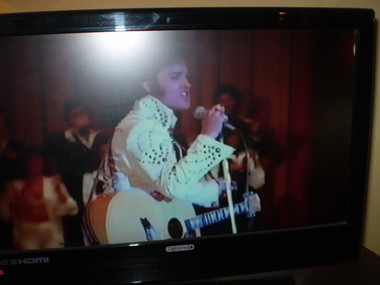 Not a new DVD but in Great Condition in a plain cover.All region play.

Kurt Russell gives the performance of his life playing Elvis Presley in this great 1979 film.

To play Elvis Presley has to be probably the most difficult role ever but Kurt pulls it off.