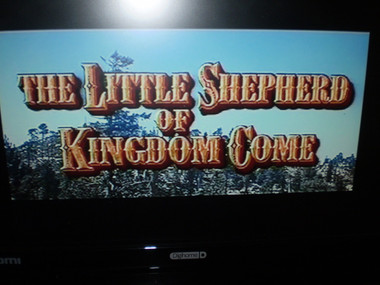 Wonderful mega rare Civil war western from 1961 that has just got lost in time and fantastic to see again.

Chad [Jimmie Rodgers] is a confused young man growing up in 1860's Kentucky.Sheltered from his brutal guardian by a friendly schoolmaster,he learns to love the tiny village og Kingdom Come and has no inclination of leaving.But when the American Civil war breaks out,he finds himself at odds with most of his friends by joining the Union Army.His wartime experiences force Chad to grow up in a hurry and he returns to Kingdom Come with a whole new outlook on his future existence.