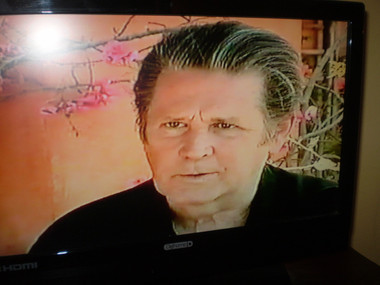 Wow! in 2002 Brian Wilson 1960's Leader of the Beach Boys stunned an audience when he performed his 1966 classic album Pet Sounds Live in London.

Brian had produced this staggering album in 1966.An Album that totally influenced The Beatles with their Sgt Pepper Album.

Then Brian with Depression and Drugs could face the world no more.He had created a Masterpiece for The Beach Boys and now it was all over.He could perform no more and lost total interest in following Pet Sounds up.The Beach Boys continued after Brian could not but although there were some great sounds they were far from progressive as Pet Sounds.

Then Suddenly Brian was back Live with some amazing musicians performing Pet Sounds live.Something that was considered impossible in 1966.

2.You still believe in Me

4.Don't talk,put your head on My shoulder

6.Lets get away for a while

9.I Know there's an Answer

11.I Just was't made for these times