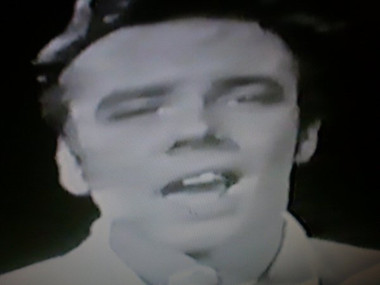 NOT A NEW DVD BUT IN GREAT CONDITION IN A PLAIN COVER.To see one of the great songs on this DVD please just scroll down this page until you reach product video's and just click onto that.

In the 1950's it was thought that you had to be American to play Rock n Roll but British Kids were learing fast.

In 1959 under the direction of legendry producer Jack Good independant British Television transmitted the wonderful show of Oh Boy with Marty Wilde,Billy Fury,Cliff Richard,Dickie Pride,Chris Andrews,The Vernons Girls British Rock n Roll came of age and From America guest star Brenda Lee who was just on her way to superstardom.

Real rarities with Marty Wilde and Cliff Richard dueting on "Early in the Morning"Along with these great Oh Boy shows is a mass of late 1950's film trailers,Newsreels and T.V advertisments.

Rare Glimpse of Cliff Richards American trailer of The Young Ones where it was called "Wonderful to be Young" and a newsreel of Elvis Presley in 1956.