Do You Remember 1950's Norwich Norfolk? DVD, 50 mins of great vintage film of the city in this era. 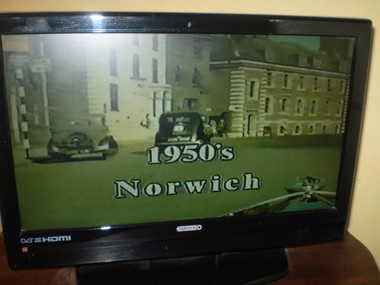 Would you believe that so much film of 1950's Norwich existed but it does and the film is 50 mins in duration. A car journey through most of the streets in central Norwich,see people shopping in the 1950's stores.See the Norfolk show in the 1950's.Norwich football team in 1959 and celebrating the Queens Coronation in the city.

Great film,some in Black and white and some in colour and narrated  by Keith Skipper.

Norwich is a lovely city today but the planners did more damage than Hitler ever did.