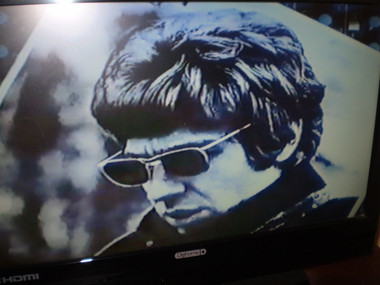 Not a new DVD but in great condition in a plain cover.To see one of the Great songs on this DVD please just scroll down this page until you reach product Video's and then just click onto that.

This DVD probably contains some of the greatest music ever.Jules Buckley conducts the 60 piece Heritage Orchestra with the London Contemporary Voice Choir to play the music of the brilliant Scott Walker.With stunning vocals by Jarvis Cocker,Susanne Sandfor,John Grant & Richard Hawley.

Between 1967 & 1970 Scott Walker wrote some stunning numbers that appeared on his first 4 albums.Melody and Lyrics that did not belong to the 1960's and were 50 years in the future.Many people were ignorant of just how stunning  Scotts music was and when it is suddenly giving a near Classical 21st Century arrangement its almost if Scott was the Mozart,Beethoven of his day.

4.On Your Own Again

14.Little things that Keep us Together

17.The Old Mans Back Again